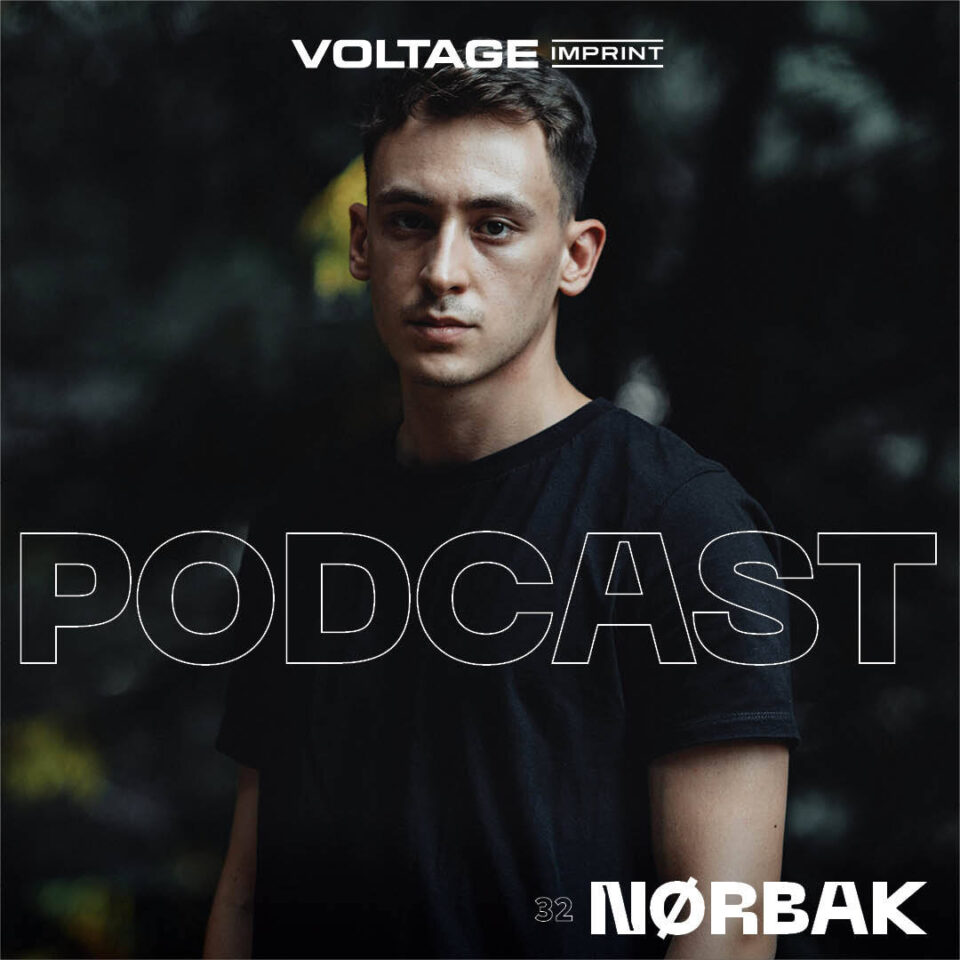 A leading figure in the rise of Portuguese techno over the past couple of years, Nørbak has quickly made a big name for himself on a very international level. A producer first and DJ second, his records show an in-depth understanding of digital sound design and his sets are very complementary to these tracks.

With a list of top labels for his releases including Jeff Mills’ Axis Records, Soma, Mord, Modularz, and so many more - he’s been able to display his intimidatingly stormy and anxious style through parties all over Europe and beyond. One of the founding members of the highly acclaimed Hayes Collective alongside others, including Temudo who we had the pleasure of having on earlier, Nørbak has been very active not only making records, but participating in the curation of his collective concept as well that has been taking underground techno by storm lately with artists like Quelza, VIL, CRAVO, Fresko and many others.

Take us through your musical background.. What did you grow up listening to and what do you listen to now?

When I was a kid I was mainly listening to some soundtracks by Hans Zimmer and some Hip Hop from time to time and then slowly got into electronic music with The Glitch Mob and Daft Punk. Eventually I ended up listening to a lot of Dubstep and DnB, artists like Mala and Noisia respectively, and then with the help of some friends I got introduced to techno when I was 16 and here we are now after 9 years!

Currently I still listen to a lot of cinematic pieces but also to bands like The Soft Moon and Linda Martini (Portuguese band that everyone should check out).

How did you get into production? Do you have a piece(s) of gear that you use frequently (hardware or VST)?

I got into making music before I was Djing, just because I was very curious on how sounds were made, I had no idea what a synth was or even a drum machine so everything was witchcraft in my head at the time. I couldn’t understand how all these sounds were put together into one cohesive piece and that fascinated me a lot to the point of getting into Ableton pretty early on just for the fun of it.

When it comes to “gear”: Ableton is my main thing, I advise everyone to really understand Ableton to the maximum, it’s such a powerful tool, especially with all the stock plugins and tools.

You recently released an LP on Jeff Mills’ infamous Axis Records... How did this record come together and what does it mean to you?

The Axis release, Flor do Fatalismo LP, was a collection of tracks I did in a specific and particular period of time, I wouldn’t call it an album as I believe an album has to be something more than just a collection of techno tracks.

The process was pretty straight forward with that release, I did all those tracks in one day, it was the day I got my Dave Smith Evolver synth (the only piece of hardware I have) to finally work on my setup, once I finished the tracks I knew that Axis would be the only label that would make sense for that kind of music so I tried my luck, sent them to Jeff and he signed them. It was a very enriching experience and was fun to work on this amount of music, with a specific concept, in such a short period of time.

Your project with Temudo, VIL, CRAVO etc. Hayes Collective has been central to the discovery of many smaller artists.. Is there one of them that stands out particularly? What makes their record for Hayes Special to you?

There isn’t a particular artist that stands out, they all do, it would be impossible to say just one because we released already so many talented and unique artists that are very close to us such as Fergus Sweetland, Franz Jager, Quelza, Divide, Fresko, NO! (aka Mystics), Casual Treatment, Tarker and VHS, to name a few. All their releases on Hayes are top notch!

We’ve been blessed with the opportunity to work with such talented and humble people. The future is in good hands.

What was your first ‘real’ gig as Nørbak? What made this gig different or special?

Long answer but it will make sense by the end: I started playing some gigs since 2016 but I wasn’t that good of a DJ back then tbh, I couldn’t read a crowd properly and wasn’t preparing for my gigs as I should.

At a point I decided to stop producing for a period of time and just focus on the DJ aspect of things, this was right before I played my first gig outside Portugal, in Tresor. I felt like during that period I discovered a lot of music and improved my DJ skills a lot and that’s why I think my first proper gig as Nørbak was in Tresor back in 2018 because by then I was finally happy and having fun with what I was doing as a DJ. I don’t really count what happened before that lol

What can we be expecting from you in the future? Any interesting projects coming up?

I can’t really talk about those projects just now but some cool things will happen during the last quarter of this year and first half of next one. Keep an eye out!