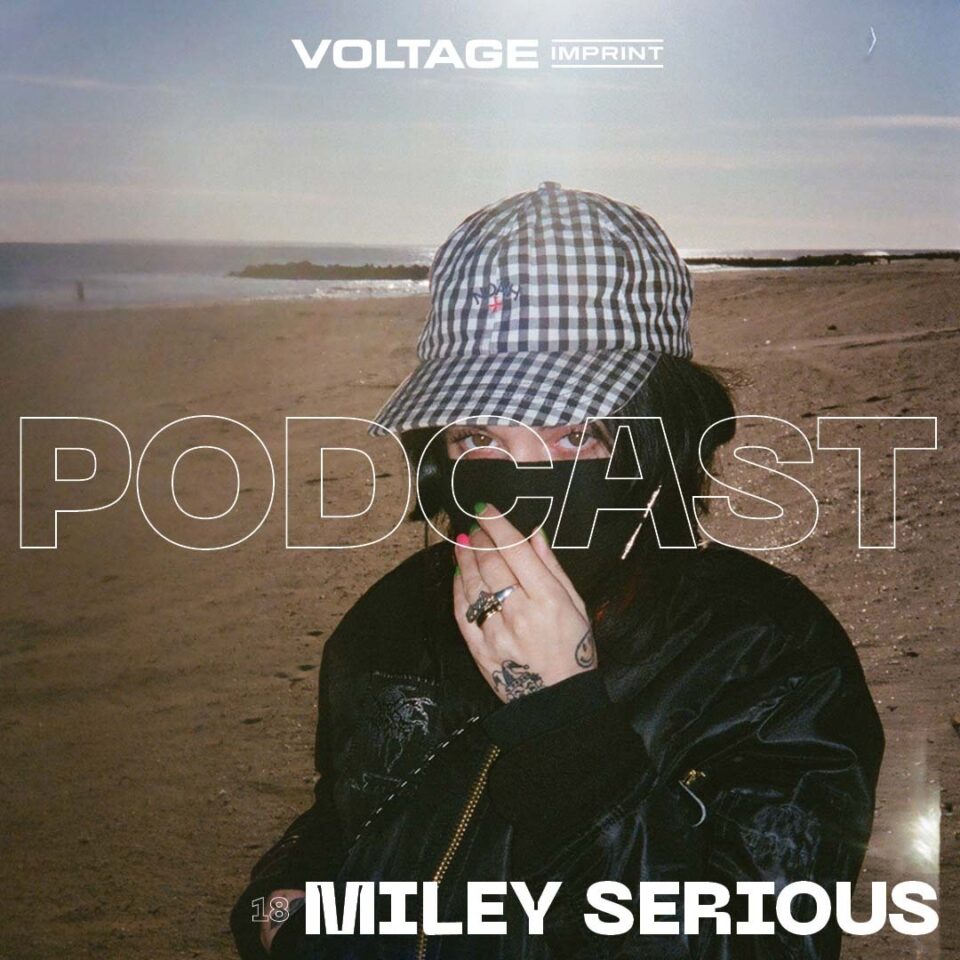 Raised in Toulouse, France, Aurore Dexmier quickly had a fascination with counterculture and its artistic output, especially in music. With her roots lying in punk and its various crossovers with electronic music, her calling was truly locked in when she moved to New York in search of a bigger scene.

There, she would spend time at places like Bossa Nova Civic Club to discover new music and experiences. Track selection and digging being her number 1 passion, Dexmier moved to Paris where she has her own label, 99cts rcrds, to put out a huge variety of different styles of music.

With two shows on Rinse per month and quite a busy booking schedule, Miley Serious has graced many stages to showcase her latest findings in the form of different genres tied up in tense and exciting mixes.

It’s mentioned that you listened to a lot of electro and postpunk and those are the roots of your style today - especially The Hacker x Miss Kittin’s ‘First Album’. Can you give us the name of any other artists or projects in particular and how they helped shape your sound?

It’s what was the most important for me, for sure, Miss Kittin, younger, was really what I wanted to be as a female artist and style, but tastes evolve obviously. What shaped my sound even more was looking at cities, scenes or labels like Bonzaï.

The culture around music genres is one of my passions, so Manchester, Chicago, New York, Sheffield, Belgium & the North of France were my main targets to dig into, from punk to techno. To name some important classics : Litovsk, Dïat, Violent quand on aime, Adam X, Robert Armani, Paul Johnson, I-F, The mover..

What was it like musically growing up in Toulouse and what did you find the main differences were with New York when you left?

Growing up in Toulouse was the best thing ever, I would love to go back to this time to be honest. So many inspiring scenes, bands, parties and artists from this city. Clubs were also inspiring there. I came to Toulouse with my feet into punk/hardcore and met my community, but then I found myself in the techno scene there too. It was the most positive time of my life music wise.

But after a certain time you just open yourself more, want to discover more, and I went to NYC. The vibe, the scene, the clubs, it just hit me hard and since then I feel at home here (there). It’s radically different tho, nothing works the same but at the time i discovered it, it was an entire genre that was starting, a new incoming scene. It was mind blowing.

Did you go in a specific direction for the mix? What were you trying to get across with the track selection?

I always work on evolution and fresh material. I love to evolve at the same time music evolves. Digging is my passion so I put my heart in my selection. I try to translate my vision of the scene, as I see it, as I love it and how I want to support people.

So it’s what's good for me now, how I want the club to sound.

Is there a specific record in the tracklist that means more to you than others? How did you get to know it? Do you have some background info on it? What makes it so special to you?

I played the 3 new tracks from the upcoming release on 99cts rcrds. 3 amazing tracks that mean a lot to me. They are all special to my heart because they sound or remind me of a lot of good memories & bring back emotions from my teenage years. It also marks a comeback on 99cts after the pandemic so all together, it’s a release I cherish a lot.

There is also the last Overmono track in it “bby”, such a beauty.

The latest release on your own 99cts label comes as quite the surprise - a rap album. With this dating back almost a year already, are you preparing future releases and can we expect you to continue to branch out in other genres?

Yes, I’m so proud of this release. Extremely happy we did it. It came out during a hard time, it wasn’t easy to get everything done, it was a painful process of delays and a lot of patience, but I love it so much. With 99cts rcrds, I do what I want and like, no boxes, I want to release music that makes me proud and is interesting to introduce to people. So yes you can expect to continue to go in other genres, collaborations and projects.

The next one is another I’m proud of, including people that I believe in so much but are also my inspirations and my music values. I can’t wait to unleash this one and come back with pride after a slow year :)

You tend to refer to yourself as a digger - how do you dig for your music and what have you found lately that gets you going?

I just jump from my favorite artists to what they like and then deep dive into long scrolling sessions. Lately I’m digging more into Dark ambient, Dungeon Synth, Dungeon rap & basslines. That's what I want to listen to lately.

With dance music being your main gig, it can probably be quite tiring and intense. How do you turn off and relax?

After our almost two years of silence, I would love to be more into dance music, but the pandemic made me reconnect with black metal, dark ambient and punk. So I've been relaxing, digging into that again, watching documentaries, reading books & digging in vintage clothes. Haha, my other passion. I mainly go hunting to relax.

Any new projects from you that we should be looking forward to?

New releases on 99cts Rcrds, I also have two shows every month on Rinse France, so more guests, more mixes. Oh and a residency somewhere in Europe is going to be announced and I’m extremely looking forward to this news.